Culham has been a major international fusion research centre since the 1960s. 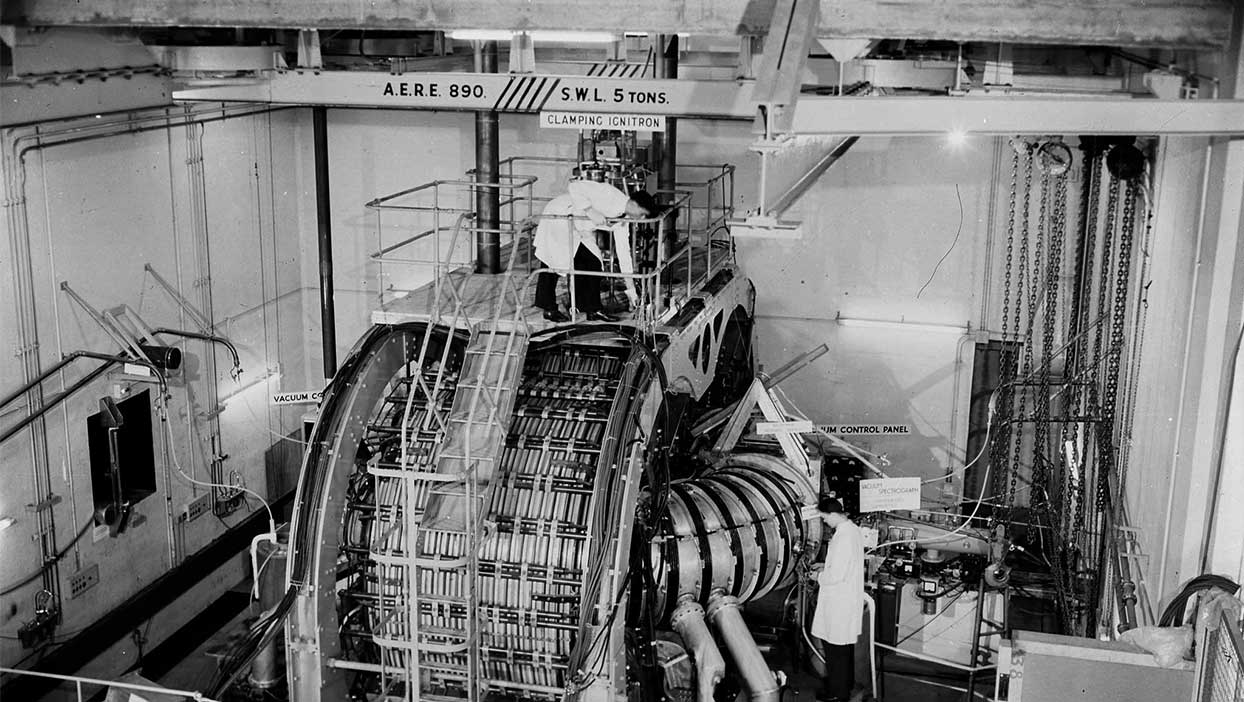 Fusion research in the UK started in earnest in the UK in the later 1940s / 1950s – with work being undertaken at Aldermaston, various universities including Imperial College London and Oxford and the newly formed Atomic Energy Research Establishment at Harwell.  Zero Energy Thermonuclear Assembly (or ZETA) at Harwell was the most prominent experiment in this period.

The UK Atomic Energy Authority created Culham Laboratory as a purpose-built home for Britain’s fusion research programme. Officially opened in 1965, it was constructed on the site of a former airfield, Royal Naval Air Station Culham. The laboratory soon established a leading reputation for fusion science. By 1983, Culham had built over 30 different experiments – more than one per year – testing a variety of machine concepts. 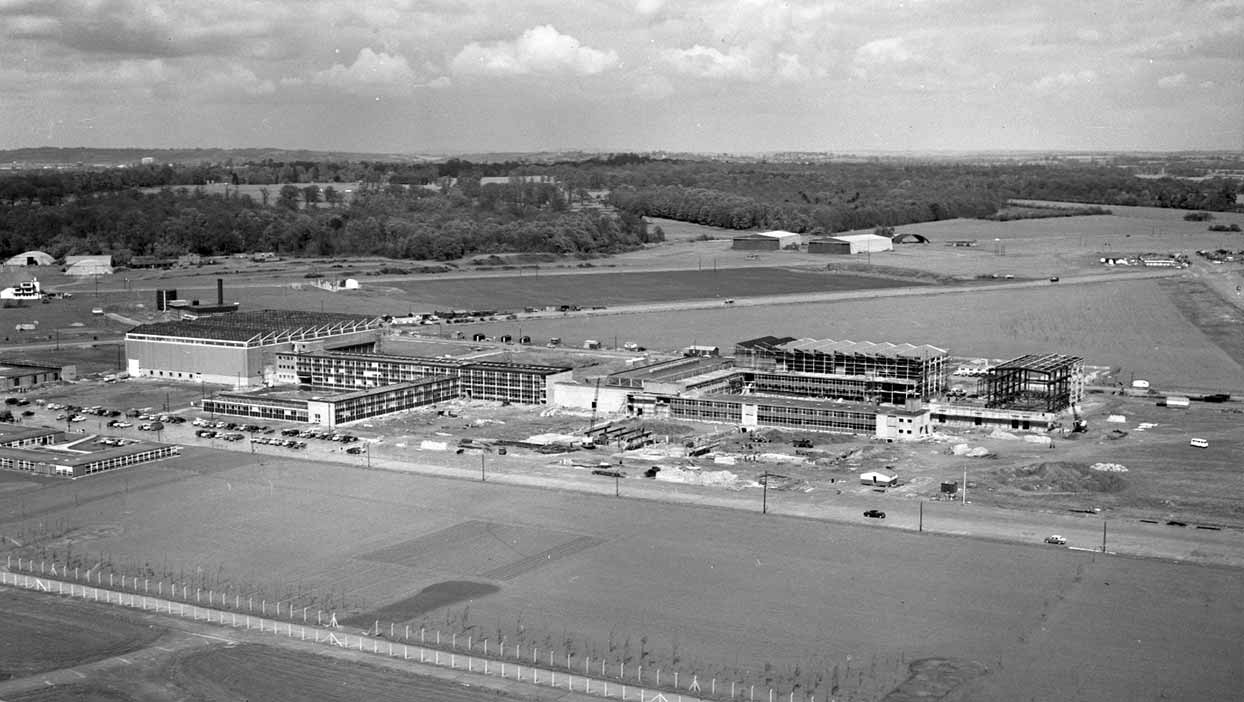 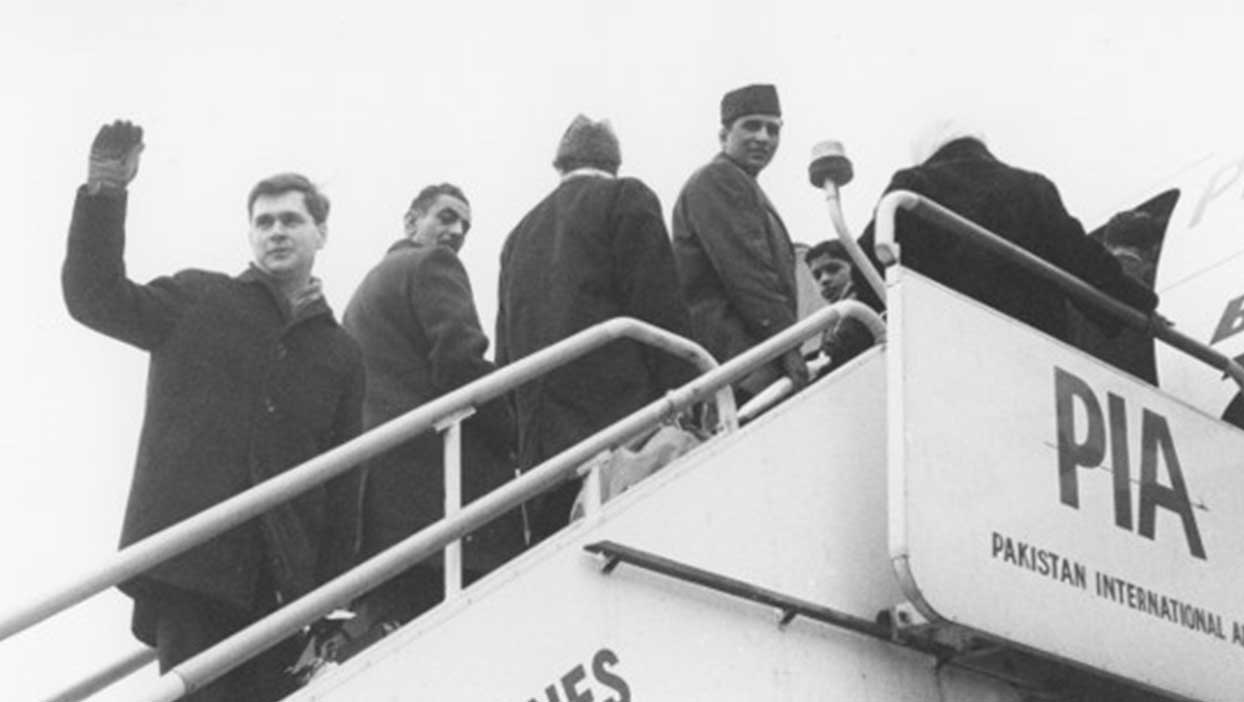 In 1969, Culham scientists travelled to Moscow to verify the results of the pioneering Russian T3 tokamak device. They confirmed T3’s success in achieving plasma temperatures over 10 million degrees C – far superior to any previous experiment. This indicated that the tokamak offered the best route to fusion power, and from the early 1970s most research at Culham focused on this design.

The worldwide oil crisis of 1973 prompted governments to step up research into alternative forms of energy, including fusion. That same year, the European Economic Community’s atomic energy agency, Euratom, began an ambitious project to design a large multinational tokamak. Their aim was an experiment that would get close to reactor conditions and show that fusion could produce significant quantities of power. The machine came to be known as JET – the Joint European Torus. Culham was chosen to host JET in 1977 and the ‘first plasma’ was produced on 25 June 1983. 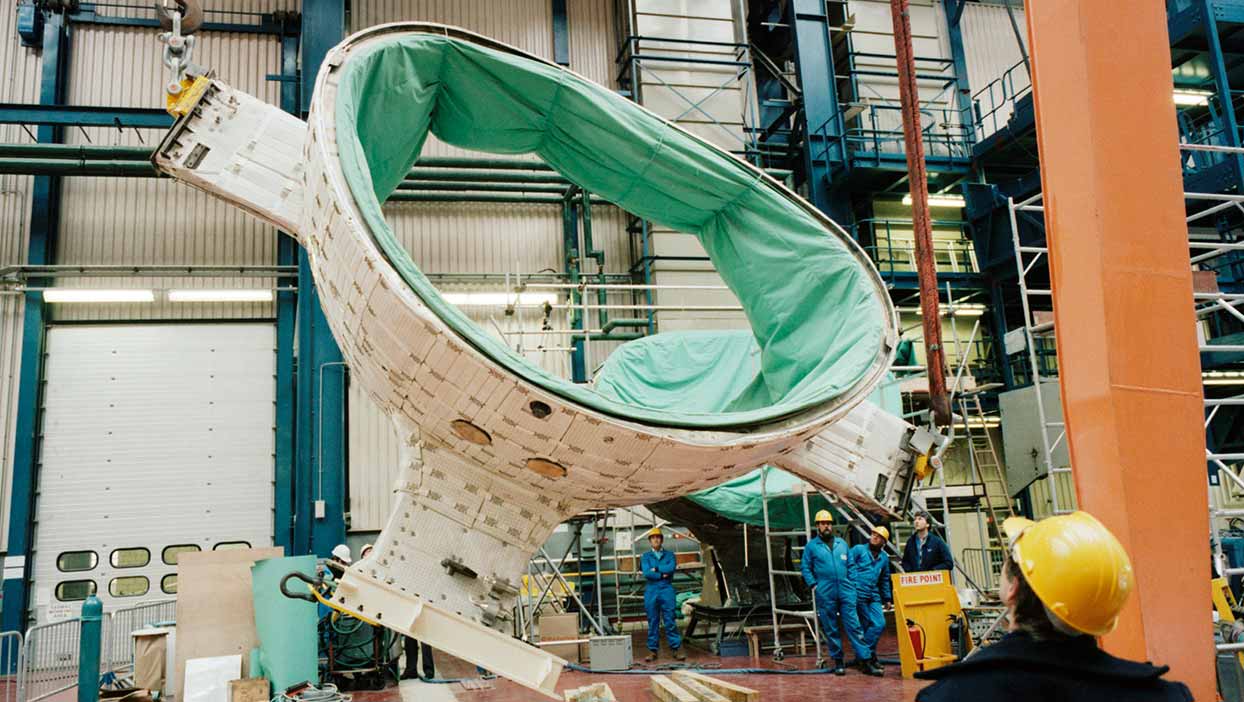 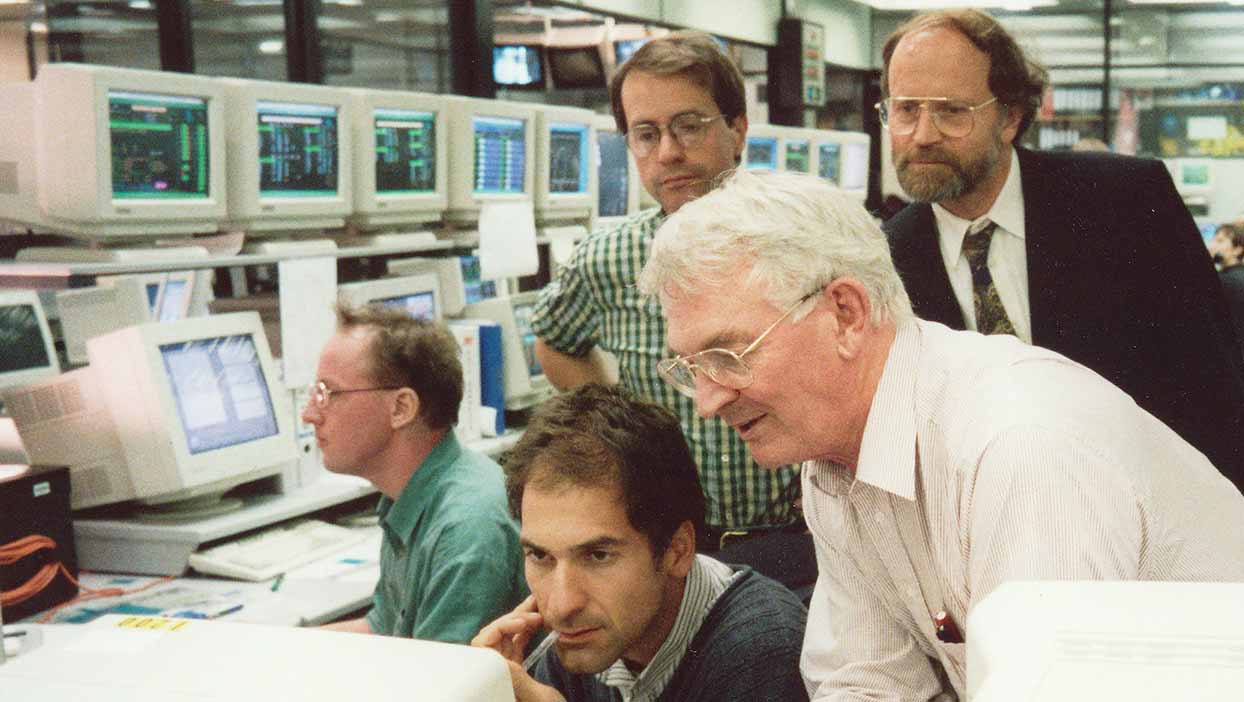 JET made headlines around the globe in 1991 when it became the first machine to achieve controlled nuclear fusion. It went on to set a world record for power produced from a fusion plasma – 16 megawatts – in 1997. Since then it has continued to refine the tokamak concept, preparing the way for its larger international successor, ITER.

From the 1990s onwards, Culham has led the development of the ‘spherical tokamak’. This is a more compact tokamak design with excellent potential for smaller, cheaper fusion devices. Culham built the first large spherical tokamak – START – in 1991. This was followed by the more advanced MAST machine in 2000. We continue to lead the way in spherical tokamak research, with the MAST Upgrade experiment due to launch in 2020. 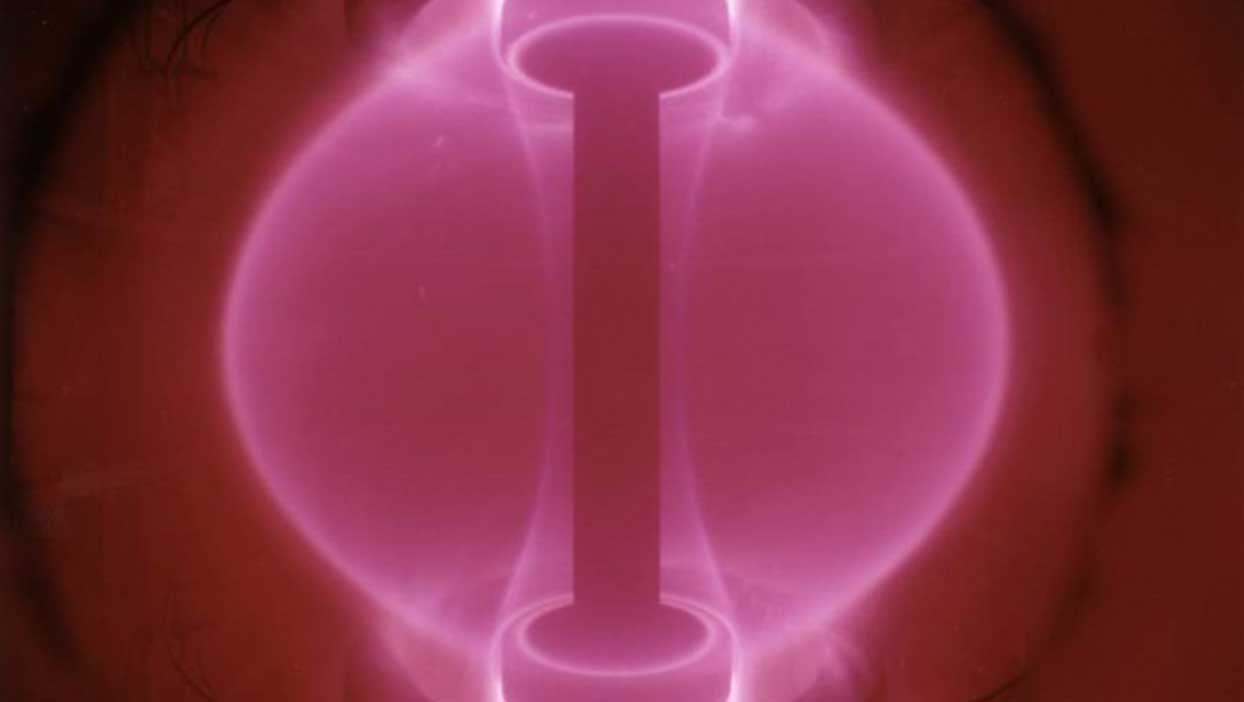 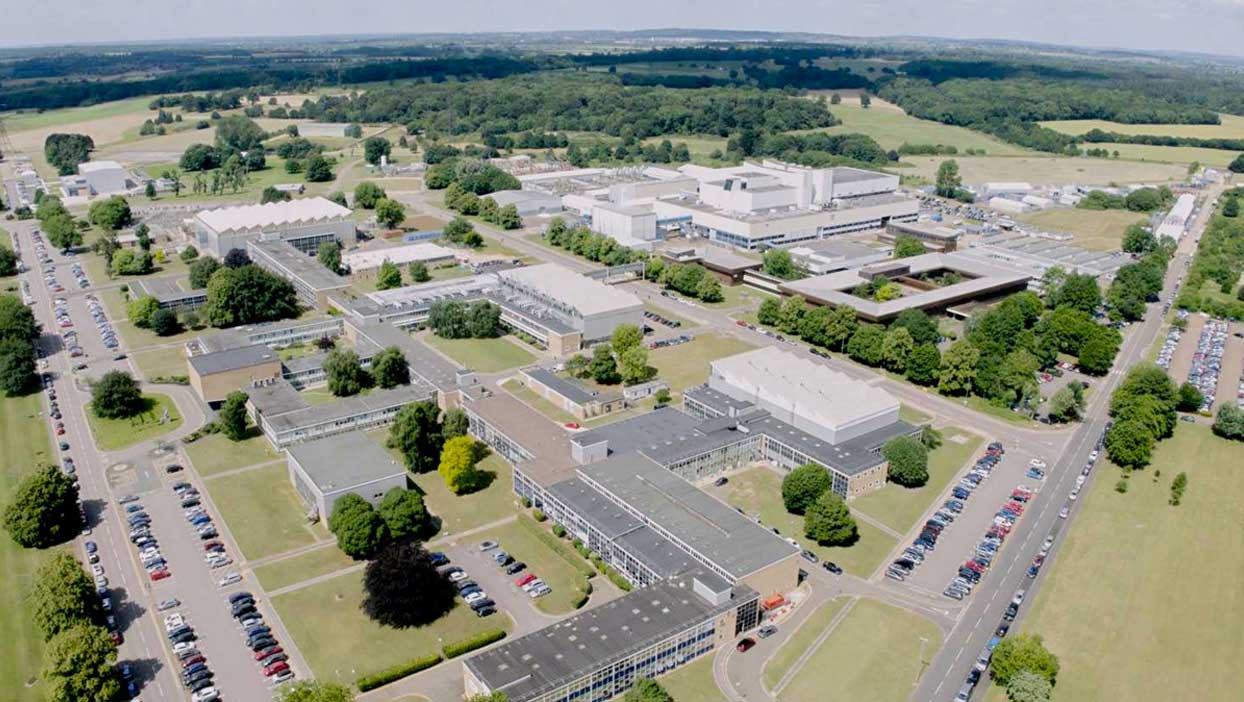 In 2009, we renamed the laboratory Culham Centre for Fusion Energy to better reflect our mission to bring abundant, low-carbon energy to the world. We are part of UKAEA’s wide-ranging fusion energy programme at Culham, which also includes the RACE robotics centre and the Materials Research Facility. More new facilities are planned as we advance our mission to commercialise fusion power.