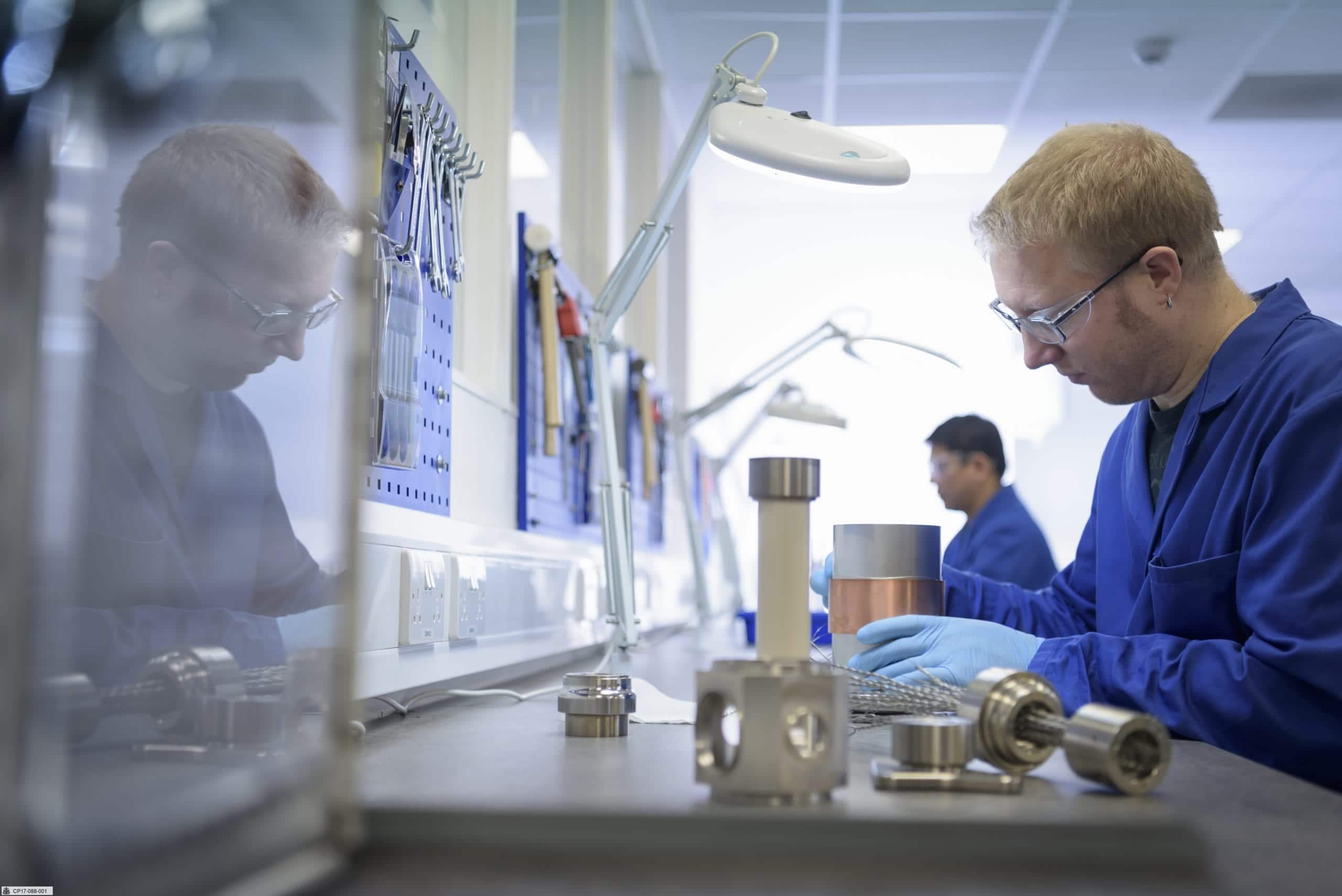 This is something of a generic term, covering many variants of the process.

The reversibility of diffusion bonds is actually a highly desirable feature, where for example an expensive optic (e.g. diamond or sapphire) has been incorporated into a mounting or housing that subsequently needs to be modified or replaced.

This is a facility that other viewport manufacturers are not able to offer. It adds additional life to optics that may have initially represented a substantial expenditure.

An area of expertise that Special Techniques has developed in response to demands for a high reliability joining system.

In the formative years of Special Techniques, there was an emphasis on brazing ceramic to metal.

This is still a widespread practice, but there are some limitations with the method, which diffusion bonding addresses.

The scale of components may vary from small, and relatively delicate items, to particularly robust assemblies.

Some ceramic assemblies are required to support high loads in cantilever modes.

Brazing does not normally permit a later operation to reverse the bond, and there is the limiting factor of mismatched expansion coefficients.

On the other hand, a diffusion bond is remarkably compliant, allowing materials with substantially mismatched coefficients to be joined effectively.